We know already that when you got your retirement you begin to travel to find place in the world where you will stay for the rest of your life. You had plan to do this before or it was spontaneous decision?

I started planning my escape about a year before I retired.India was going to be my first place to check out. I did alot of research on that country.I was going to fly to the northern tip of India and buy a Royal Enfield motor cycle an do the west coast. But at the last minute I change my mind and took my daughter to Mexico instead.She had just graduated and had 3 weeks off from her job. We flew down to the west caost and back packed around. It was her first experience in the tropics and she loved it.After her 3 weeks she flew back to Vancouver and I stayed on for six months or so and ended up in Panama.

Why didnt you stay in Canada? You wanted to have some adventures or just this country was pissing you off?

A. Real simple. I didnt like where I was in my life.I could have stayed on with my life in Canada and would of had a finacaily better future if I had worked another ten years but I dicided to take a chance with a different future.No doubt I made the right choice. Six of my mates died of stress related conditions in the first year I was gone.

Where did you go in first place and what made your decision  to choose  this destination?

I started off with plans but soon realized that plans were designed for time and I had all the time I wanted. I became a drifter of sorts. Staying where I liked even places I didnt like. It realy didnt matter as long as I had roof over my head with a place to sleep.I usually picked places where the fishing was good but not always.

How long you stayed there and are there some important memories, adventures which remains in your memory?

I flew to Managua , Nicaragua from Mexico city in 2006. I met two Americans in there forties who were going to travel the west coast to look for property in a rented car. Andy is 6ft6″ and Joseph was epelectic. They offered me a ride to Rivas about half a day drive from Managua. It turned out the car was to small for Andy to drive so I took the wheel and ended up as there driver for 2 months. I drove those guys over 2000Klms all over that country. We had a blast. The rainy season was small that year. We could get to very remote places where the road would normaly been washed away by the rains. They never did find a place to buy. Andy ended buying property in Costa Rica and Andy works as a chef in Alaska. We split up at Granada. I took a boat south down Nicaragua lake to the boarder of Costa Rica.There a traveled by jungle river boats west to the Carribean by way of the San Jaun river. I made it about half way and it started to get pretty dangerous. I was with out communication for two weeks. The locals thought I was crazy to be that far down river by myself.

The fishing was real good but I dicided to turn back.It was a adventure that I will never forget even though I never made it to Carribean.I went back to Managua and took a small airplane to Big Corn island and from there a boat to Little Corn island. Great little island with good fishing.I went back to Canada for a month and then flew to Peru.

Why you didnt stay on Little Corn island?

I could have and still be there right now but I wasnt finished looking around. When I was in Panama I met a woman from Bolivia. We became fast friends as sometimes travelers do.We traveled througth Pamama together for about six weeks.A few months later I met up with her in Bolivia for Christmas. Bolivia turned out to be a very lovely place. I arranged a six month visa for her in Canada and I stayed on in Bolivia for a year. She lives in New York now and I live on a remote island in the Philippines. We are still very good friends.

Which other places you have seen in South America.

I checked out Peru for a few months. My adventure there was to travel up the Coca river canyon and look for the great condor. I traveled with a class of school kids and two teachers a driver and chauffer in a passenger van. We climbed over 5,000 meters in that van. The canyon was spectacular from that altitude. We saw one condor for about 10 seconds. It was worth the two day travel to see a bird with a 2 meter wing span glide by 20 meters away from me. Lake Titi Kaka was allso very wonderfull and the trout fishing was pretty good too. But I did find Peru a hard country to live. Altitude was a problem for me and was sick from it some of the time I was there.

What persuade you to go to Asia?

Americian friend of mine in Bolivia lived in the Philippines when he was in his youth. Over beers he would always talk about it and how he,d like to go back there. Even though I loved Bolivia I thought I,d better check that place out. I flew back to Canada. I had a return ticket to Bolivia from Mexico City that was open for 4 months and would use that 4 months to look around Asia.I flew into the Philippines October 2007 and I,m still here.

Which countries you have seen in Asia and can you describe/compare in a few words this places?

I beleive that timing is everything when it comes travel. You can go to the most beautiful place on earth and find out when you get there you cant even find a room to stay in. The place could be infected with travelers or worst and if you had come one day early they would have given you the keys to city.One person may find a country wonderful and the next person will find it depressing. So it all depends on how you look at things.You have to see it through your own eyes.

Did you have some amazing adventures in Asia?

Everyday is an adventure in this place. You,ve heard the expression. “You cant get a square peg in a round hole” That,s what it,s like living here eveyday. I,ve been here 3 years now and still feel like I just got here. The fishing is not so good here anymore and it,s definetly not a place for most western people.It suits me though. I came here with my back pack and now I have a house and fridge. I also have a family to look after. All the things I left behind in Canada have repeated back into my life here. So I guess it really is an amazing adventure for me.

In your opinion why Philippines are so special and why you stayed here?

It,s just like anyplace I go. The longer I stay at a place the more I get to know it.It comes natural to me and I don,t think I,m different than anybody else.I become closer to people as I get to know them better and it goes on and on. Like moving to a new school or getting a new job where you dont know anybody. By the end of the year you,ve met new friends and know your way around pretty good.I might be a little better at it then most. My family moved around alot when I was growing up. I,ve been to 10 differnet schools in Canada.The bottom line is “get into it or get out of it” it,s your choice.

Have you been cheated in some ways by other people during your travels around the world?

No. Ive been made fun of sometimes. That goes with the territory and I got pick pocketed once in Bolivia, short changed I don,t know how many times. Some people have been scammed out of fortunes here or for that matter anywhere but I don,t have a fortune so I,m really not to worried about it.Basicaly my life is good here and just like anywhere you have good days and bad ones.

During your stay in the Philippines did you have some absurd situations with the locals?

That happens dayly here. The hole place is absurd.On any given day your hole concept of the place may turn completly upside down and you are left brain dead with a hole new puzzle to put together.I,m always an outsider looking in but most of the time it,s all OK and fun to live here.

Do you have some advice for young travelers which are starting to travel to search proverbial “heaven on earth”?

As long as your looking you will always be intrigue. Keeping your interest up is the key to travel and stay out of danger. I try to always have a way out. Never get stuck with know back up plan. Even if is “Mom I need more money” Never let any one person carry all the pastports or credit cards, money etc. Never keep all your important stuff in one bag. You my loose your camera and cell phone but you still have your credit card and passport in a different place. The drug laws in these countries should not be taken for granted and respect the laws and customs no matter how rediculous they might seem.

What is your philosophy of life?

Ha, I was in a gift shop in Nicaragua a few years ago.The lady working in the store was watching me look at things. There was one other traver in the store doing the same as me a Swiss guy I think. We are quietly looking through the stuff. The lady says to me to break the silence. ” You may ask me anything” she referring to the stuff on the shavels ofcourse. But I dicided to make sport of the situation and asked her “OK, What is the meaning of life?” With out hasitation she looked right at me and said “You are” The other travels said. “Good answer” and the three of ous burst into laughter until our eyes watered.

How your life is looking now?

My life is fine. I,m doing what I wanted to do so I really should not complain if things don,t go as I planned.Things are looking good for me right now and my adventure is far from being over.

Are you happy man?

PS 1 – We are giving You also Gallery of Pictures made by Burgess during his travels.

publishing his posts and pictures under the nickname “Newbird” 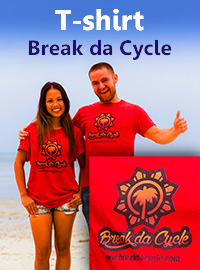